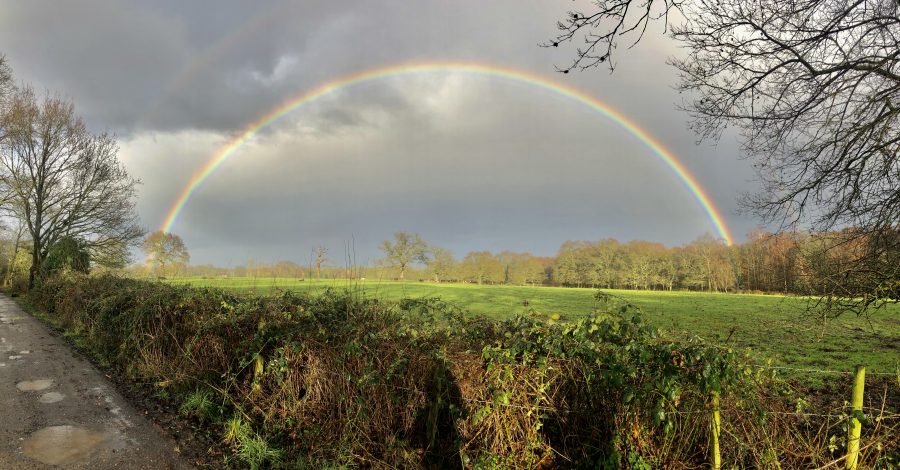 I’m writing this on the eve of the first stage of lockdown (is it no. 3? I’ve lost count) lifting here in the UK. Before we get too excited, it is only the green light to meeting outdoors as a group of six, but it’s a long-awaited ‘something’.

You don’t need me to tell you that last week marked a whole year of living with COVID-19. That’s 365 days of uncertainty, fear, frustration, boredom, watching too much TV and over-eating. I decided it was high time I put my fingers to keyboard, in an attempt to unravel some thoughts on how we have fared these last 12 months.

Our Very Own Alexa

Like most households, we’ve all coped very differently with this pandemic.

I share my life and home with a man who is wise on a good day and annoyingly realistic on a bad one. From the get go he’s been pretty much spot on with his predictions – scoffing at Boris’ initial promise of 3 weeks (out of earshot of the teens of course), predicting that we would definitely be back in lockdown by November (whilst thinking we should have done it earlier).

As a result, he’s become this kind of guru in our house, one that we turn to for predictions when we are feeling a little insecure. ‘Do you think we will be able to go abroad this summer?’ ‘Will this be the last of the lockdowns?’ ‘When will Boris get his dreadful hair cut?’

Traditionally teenagers turn to their parents for very little, so I think he’s quite enjoying this new-found prowess. Obviously he has a long way to fall if he gets it wrong, but so far so good.

I’m not sure what my role has been during this epic fiasco of a year. Largely I’ve focused on trying to hold it together, whilst managing the ever-changing emotions of those around me. What I’ve learnt, is that you cannot do the latter, without doing the former.

‘Holding it together’ has looked like many different things for me. It may or may not have escaped your notice, that I’ve blogged very little over the last four months. In fact the last significant post I wrote was back in September, when we were all excited about our kids FINALLY returning to school. Remember that tricky line between hope and realism we were all walking?

Writing is something I threw myself into during lockdown no. 1, but as 2 and 3 arrived in fairly quick succession, I completely lost my MOJO and blogging just wasn’t on my radar.

Two things I have stuck with throughout this year, is digging into my bible first thing every day, and puzzles. I’ve had a puzzle on the go for the best part of a year (not the same one obviously, but you get my drift). Saturday mornings have become all about my puzzle, coffee and a cinnamon whirl. These simple pleasures have provided me with some longed-for routine (an essential ingredient during a year of unfathomable uncertainty).

Since losing interest in buying clothes (you might be surprised to hear that I bought nothing for a whole 4 months) my Instagram feed has slowly been taken over by gardening accounts. Having spent so much time in my garden this year, I thought why not join the gang?

If you’ve been following me for a while, you will know that I have zero success with indoor plants. I had hoped that outdoor ones might be different but this isn’t looking too promising right now. Firstly my pathetic excuse for a greenhouse collapsed not once but twice in the January storms, then the sweet peas I lovingly tended to throughout the early months, currently look like bedraggled weeds. I still have dahlia tubers to plant, so I’m not giving up hope just yet!* 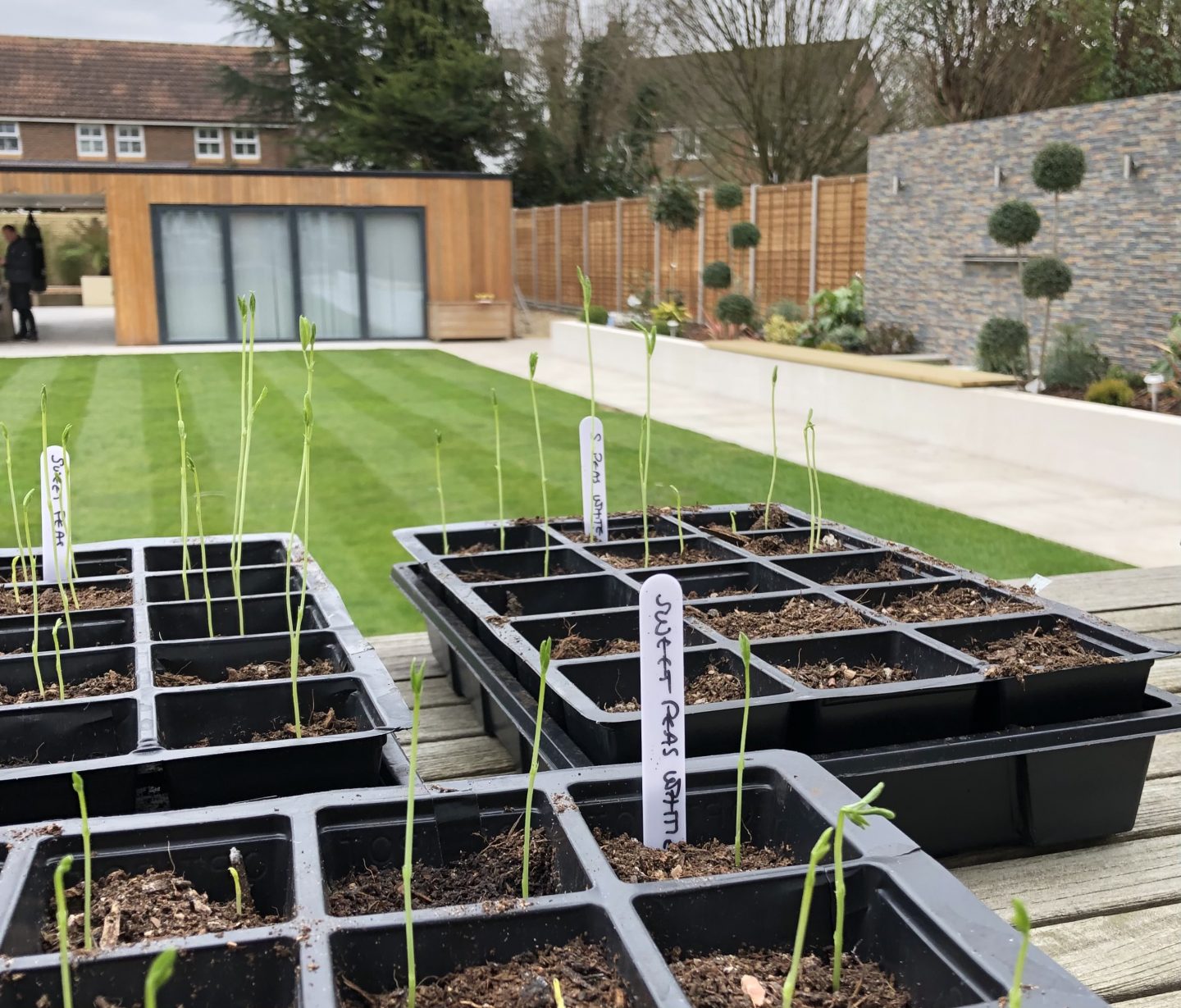 Current evidence might suggest that over the last year I’ve fast-forwarded straight into retirement. Don’t be fooled! At the beginning of January, I embarked on a marketing diploma. Let’s just say that I’ve never been catapulted further outside of my comfort zone. Yes I possibly over-estimated my capabilities, but it’s challenging the old grey matter and has provided me with a distraction from worrying about things I cannot control.

Giving the Teens Some Credit

I mentioned earlier that I have been ‘managing the emotions of those around me’ and whilst that is true to a small degree, my offspring seem to have coped surprisingly well this year. Yes the constant changing of goal-posts with regard to exams hasn’t been easy, travelling plans have been cancelled, and there have been plenty of disappointments, but we are all still speaking to each other – a pretty major achievement all things considered. In some ways, having a sister who has effectively been in lockdown for two years, has sobered us all up.

When Covid-19 first hit our shores, I was pretty dubious as to whether my son in particular would adhere to the lockdown rules. In reality, they have both been fantastic. We hear so much negativity about teenagers who always seem to get the blame when numbers spike, but from where I’m standing, it’s the older people who are rebelling!

In the spirit of honesty, we are all hanging out for Reading Festival to go ahead at the end of August. It’s time for the teenagers to do what they do best, and for us to have some time to ourselves, which may or may not involve gardening and puzzles… 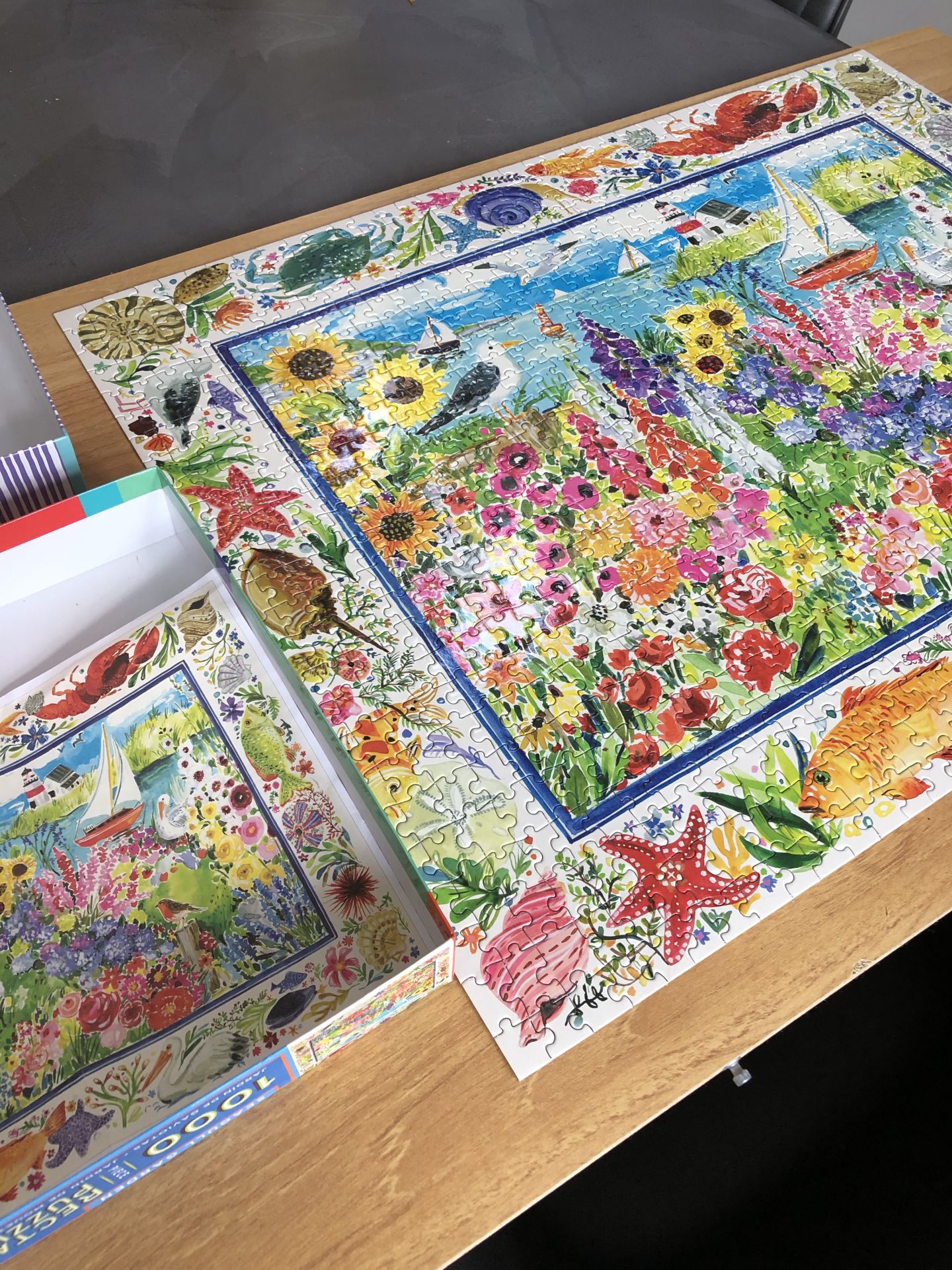 *My thanks go to Anya, Zoe and Sophie who have been incredibly patient with my endless gardening questions on Instagram!

« On Finding Our Roar

A Match Made in (Dog) Heaven »